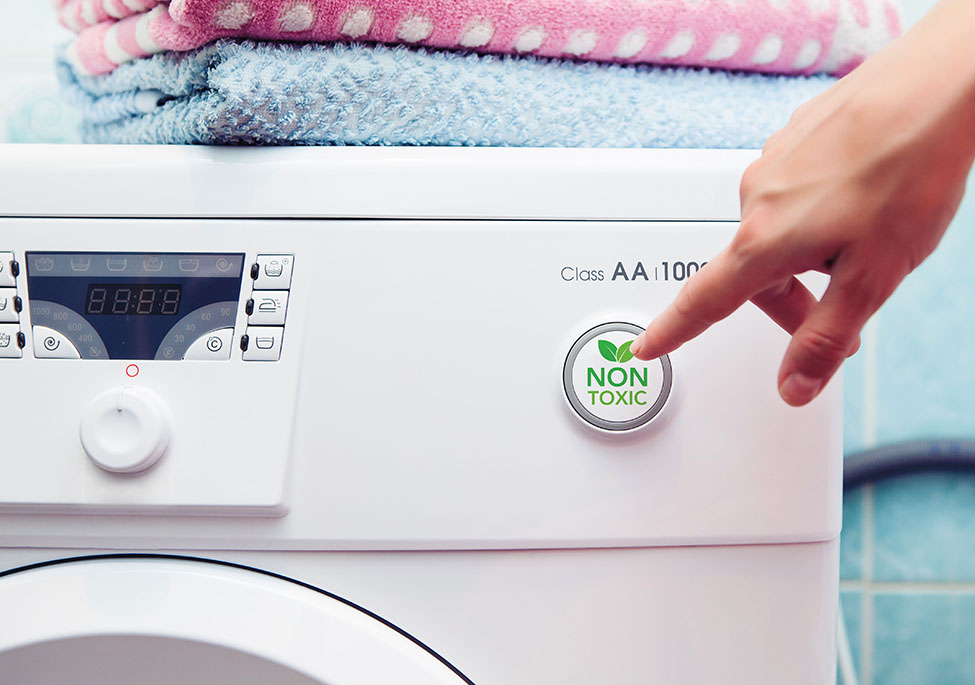 Remarks: The actual cleaning or anti-mould performances may vary over time. 1.) Schedule a time to pick up your washing machines (washers)
2.) Our team will test the washers on-site
3.) Our team will return your cleaned washers the next scheduled delivery day (around 4 working days)

Before & After The Service

AerisGuard™ Cleaner is composed with activated enzymes, it is pH neutral and has no detrimental effect on washing machines. It can be used to clean the drum and other inner parts, eliminating biofilm layers, bacteria, fungus and mould.

Inhibit the growth of bacteria and mould, U. S. EPA approved for up to 12 months protection.

Research has been conducted on bacteria that thrive and multiply in washers and dryers and discovered an average load of underwear may leave around 100 million E. coli in the machines to contaminate the next load of laundry.

Therefore, an annual deep cleaning and sanitizing service of washers and dryers is highly recommended.

Is it a must to do the cleaning off-site? I have plenty of space in my home, can you do it on-site?

The washing machine(s) will be dissembled prior to the cleaning, so that thorough deep cleaning can be done on each and every parts. It is also more effective and to send the machines back to the workshop for dissembling as special equipment is required to open up some of the inner parts.

If the machine is not functioning well after the cleaning. What should I do?

Green 3 provides 7 days warranty for cleaned washing machines. Pre-checking is carried out on-site before collection to make sure the machine is working properly. Post-checkup and testing will also be done right after the machine is delivered and installed at your home.

Inside Your Washing Machine (Washer & Dryer)

If you find any black spots on the gasket and door seal, this is probably a start of mould infestation. Once mould spore is grown, not only will they contaminate your clothing but also cause serious allergic reactions if inhaled into your body. The most common type of mould found in washing machine is black mould (Aspergillus).

Black mould (Aspergillus): a common fungus that can be found in soil and on damp hay, grain and fruit. It is a known aero-allergen, and it is the most common cause of respiratory disease in man.

Studies have proved that there are insoluble calcium and magnesium depositions from water and organic dirt, grease, mineral oil, soil, debris from clothing inside the drum. These dirt and grease provide a perfect breeding ground for mould and bacteria to grow. A secondary pollution will then be formed, posing potential risks to our health if these substances adhere to the clothing during laundry process.

Most people are unsure about what to put into each of the separate compartments, many of us even think that the cleaning will be more effective if more laundry powder/liquid is added in one load. But the truth is, more detergent means more residues left in the washing machine, especially on the drum and drawer, creating more depositions and dirt.