Ants belong to the insect order Hymenoptera and are close relatives of bees and wasps. They are familiar insects that are easily recognized, especially in their common wingless adult forms, known as workers.

However, winged forms of ants, which leave the nest in large numbers in warm weather to mate and establish new colonies, are often mistaken for winged termites, which also leave their nests to mate. Ants and termites can be distinguished by three main characteristics:

Ant management requires diligent efforts and the combined use of mechanical, cultural, sanitation, and often chemical methods of control. It is unrealistic and impractical to attempt to totally eliminate ants from an outdoor area. Focus your management efforts on excluding ants from buildings or valuable plants and eliminating their food and water sources.

Reducing outdoor sources of ants near buildings may reduce the likelihood of ants coming indoors. Become aware of the seasonal cycle of ants in your area and be prepared for annual invasions by caulking and baiting before the influx.

When ants invade your home, take immediate action i.e. caulk cracks and crevices around foundations, sponge invaders with soapy water as soon as you see them, plug up ant entryways with caulk or petroleum jelly.

Prevention is always the best approach against all pests including ants.

There is no better defense against ants than a tailor-made treatment plan from Johnson Group. Successful ant control requires many special skills, including a working knowledge of building construction. An understanding of ant biology and identification can help a homeowner detect problems and understand methods of control.

Spot treatment with green insecticides (insecticide injection to cracks and crevices) to infestation areas is the most effective way in controlling large population when combined with sanitation and exclusion practices that limit the ants ability to establish or reinvade.

Bait Stations are small plastic units that contain an attractive food base along with an insecticide. The advantage of bait stations is that insecticides can be confined to a small area rather than being dispersed, and they are relatively child resistant. Baits in plastic containers also remain effective for many months.

Granule is highly attractive to imported and native fire ants, and other ants. Worker ants carry it into the mound as food for the colony. They eat it and feed it to the queen.

At the Johnson Group GreenSTORE™, you can acquire easily all effective, environmentally safe and non-toxic products. Free delivery to single location with purchase of HK$500 or above (Not including Discovery Bay and outlying islands, forbidden and remote area).

SafePRO® Ant Gel contains a slow-acting insecticide incorporated into a food attractant. Once working ants are attracted and feed on the bait, they will bring the bait back to the harborage and feed it to the colony members and the queen. Eventually, all the ants in the harborage will die and the infestation will be contained. 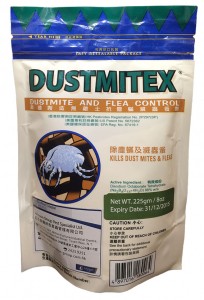 Borates are inorganic minerals mined from naturally formed deposits in the earth. In particualr, disodium octaborate tetrahydrate (DOT) is being the form used as insecticides. As a borate-based pesticide, Dustmitex® has a very low mammalian toxicity (about the same as table salt) and target specific pests like dust mites, bed bugs, fleas, cockroaches, ants and termites, making it especially attractive for treating home areas.

Ants usually nest in soil; nest sites vary with species but are often found next to buildings, along sidewalks, or in close proximity to food sources such as trees or plants that harbor honeydew-producing insects.

They also construct nests under boards, stones, tree stumps or plants, and sometimes under buildings or other protected places.

Ants often enter buildings seeking food and water, warmth and shelter, or a refuge from dry, hot weather or flooded conditions. They may appear suddenly in buildings if other food sources become unavailable or weather conditions change.

A new colony is typically established by a single newly mated queen. After weeks or months of confinement underground, she lays her first eggs.

After the eggs hatch, she feeds the white, legless larvae with her own metabolized wing muscles and fat bodies until they pupate.

Several weeks later, the pupae transform into sterile female adult workers, and the first workers dig their way out of the nest to collect food for themselves, for the queen (who continues to lay eggs), and for subsequent broods of larvae.

As numbers increase, new chambers and galleries are added to the nest. After a few years, the colony begins to produce winged male and female ants, which leave the nest to mate and form new colonies.

Argentine Ant – Linepithema humile
Worker is 2.2 to 2.8mm long and has a one-segmented petiole. Antennae are 12-segmented without a club. The body varies in color from light to dark brown.

Worker is 2.4 to 3.3mm long and has a one-segmented petiole. The body is a uniform brown to dark, and when crused, emit a rotten, coconut-like odor.

Bigheaded Ant – Pheidole
The workers are dimorphic (two size classes), ranging from 1.5 to 4.5mm. They have a two-segmented petiole and a pair of spines on the propodeum. The body color varies from dark brown through shades of red to light yellow.

Pharoah Ant – Monomorium pharaonis
Worker is about 2mm long, monomorphic and has a two-segmented petiole. Body color varies from yellowish or light brown to reddish with the tip of the gaster darkened.

Pavement Ant – Tetramorium caespitum
Worker is 2.5 to 3mm long and monomorphic (one size). It has a two-segmented petiole. Body color varies from light to dark brown to blackish.

Carpenter Ant – Camponotus
Worker is about 5 to 10mm long and polymorphic. It has one-segmented petiole in a form of a vertical scale. The thorax is evenly conves or rounded on the dorsal surface. The body color is dark or red.

Red Imported Fire Ants – Solenopsis invicta
Worker is 1.6 to 5mm long and polymorphic. It has two-segmented petiole and a stinger. The clypeus has three teeth. The body color is an almost uniform dark reddish-brown.

The More Toxic The Pesticides, The More Effective They Are??

Are You Still Using High-toxic Pesticides